So my main account Dave ‘Old Hippie’ Schultz disappeared along with a couple of dozen Groups I created, and two pages I was paying for.

I can only think of three reasons:

1. I pissed off Mewe – but I doubt that as I never received any warning and some of my posts remain – unassociated to me or the group posted in.

2. They’re having a database glitch and I might not be the only one deleted. In which case those people may or may not be recovered.

3. My account was hacked. In all honesty, my password wasn’t as complicated as it should have been – missing a symbol.

This is somewhat distressing as I’ve been heavily pimping Mewe all over Fascistbook and my many websites – and I started a Peaceful Protest to leave Facebook & Twitter (making me lean on the I was targeted hacked for that reason) for Mewe. Kinda of an embarrassment to try to drag people from there to here and disappear.

I’ve tried to figure out how to contact mewe about this, but at a loss. I’m hoping it was a recoverable glitch and everything will reappear. After all, some of these these groups like Joe Biden Not My President and MoparWeb were getting big. If they don’t reappear, I’ll have recreate and start over again with two admins. The few Groups where both of my profiles were admins did survive.

In the meantime, if you were Dave’s Contact, you may want to be Jed I. Knight’s. 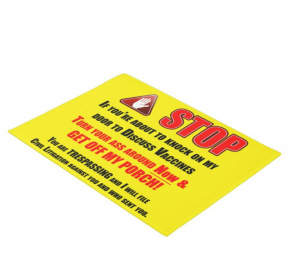 Tell The Gestapo To Go Away 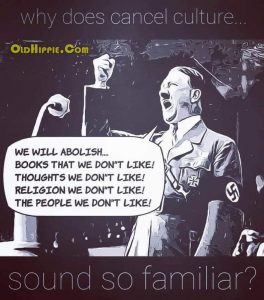 Why Does Cancel Culture Sound So Familiar? 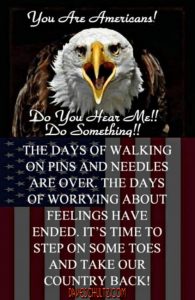 Joe Biden Not My President

You may have missed 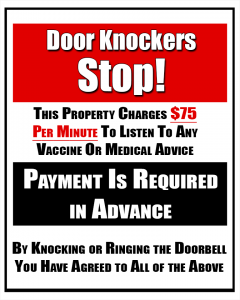 Get Off My Porch

Tell The Gestapo To Go Away

Why Does Cancel Culture Sound So Familiar?